Bicoastal production company Park Pictures has signed Damian Kulash for worldwide representation. This marks his first formal representation as a director. Kulash, frontman for the band OK Go, has conceived of and directed 15 wildly popular videos for the band in collaboration with nine other directors, racking up more than 250 million views along the way.

OK Go’s most recent offering, the zero gravity video for “Upside Down & Inside Out,” passed 47 million views in its first week online. Directed by Kulash and Trish Sie (via Bob Industries), the video, with thanks to S7 Airlines, joins the band’s long list of trailblazing brand partnerships. Some highlights: “I Won’t Let You Down,” which features Honda scooters and thousands of Japanese dancers doing a mind-bending routine with umbrellas; “Needing/Getting,” the Chevy Super Bowl spot in which Kulash himself stunt drives a Chevy rigged with robotic arms, performing the song live by bashing through a vast desert obstacle course of homemade instruments; and “This Too Shall Pass,” which features an astonishingly elaborate Rube Goldberg Machine (or “mouse trap device”) unfolding in perfect time to the song. Last year, Kulash also directed the optical illusion-driven Red Star Maccaline ad, which was a huge hit for the Chinese furniture retailer, and was inspired by the band’s own “The Writing’s On The Wall” video. 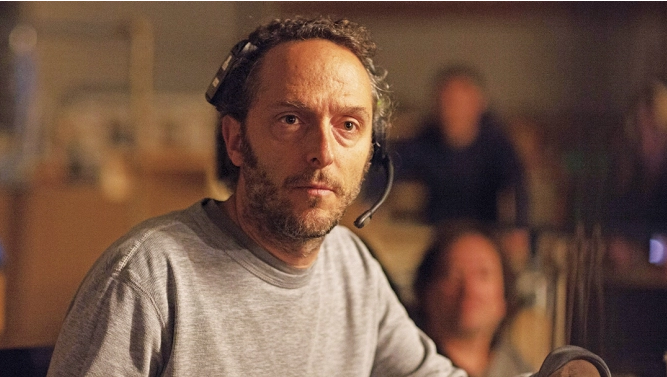