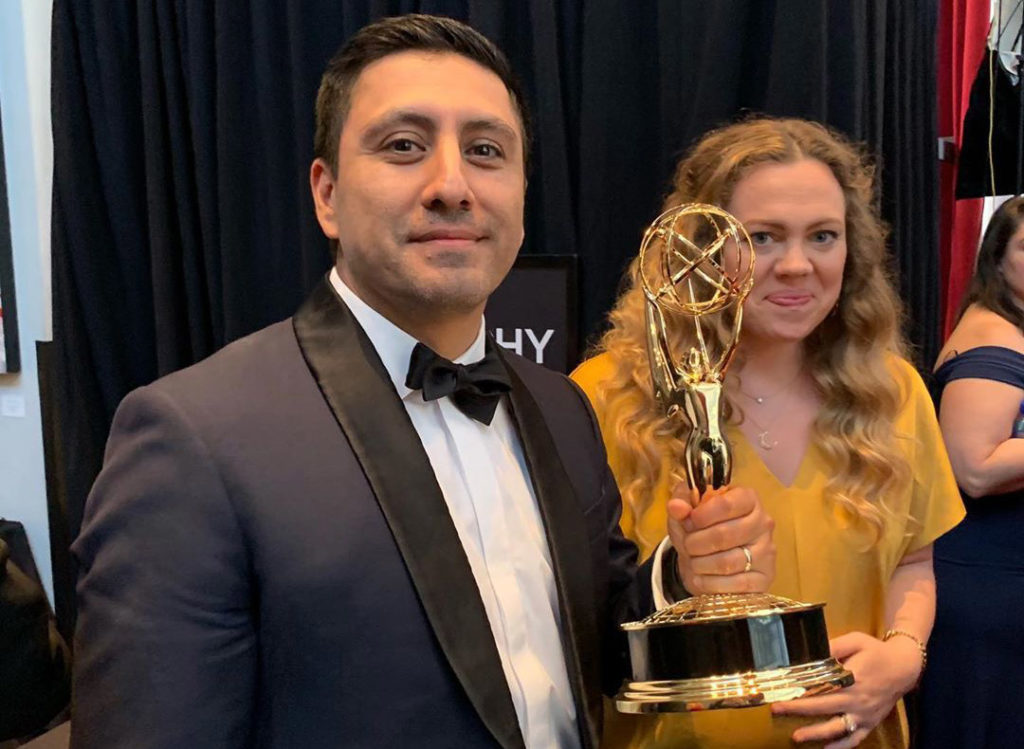 Born and raised in Michigan, Rudy got his start in film as a Camera Operator on the Peabody Award-winning, Sundance series Brick City. He then went onto direct a true passion project, The Sentence (HBO). Shot and directed by Valdez over the course of a decade, this feature documentary tells the very personal story of his sister’s plight in the criminal justice system while tackling subjects like mandatory minimums and sentencing reform. The Sentence went on to win the 2019 Primetime Emmy Award for Exceptional Merit in Documentary Filmmaking, US Documentary Audience Award at the 2018 Sundance Film Festival and was a 2018 Critics Choice Documentary Awards Best New Director nominee.

Prior to The Sentence, Valdez has worked as a Cinematographer on a multitude of projects including: The Last Patrol (HBO), Whoopi Goldberg presents Moms Mabley: I Got Something To Tell You (HBO), Remembering the Artist, Robert De Niro, Sr., (HBO), The Conversation Series, Will Black America Decide the 2012 Election? (BET), Prison Dogs, Buried Above Ground, and The Talk (PBS).

Rudy’s feature film Breakaway, which premiered on ESPN in July 2021, follows WNBA superstar, Maya Moore and her fight for criminal justice reform. Along with the feature, a complementary short, Make Him Known, premiered at the 2021 Miami Film Festival and made appearances at the Sarasota Film Festival, The Brooklyn Film Festival, Minneapolis Film Festival, and Nantucket Film Festival. His critically acclaimed docu-series, We Are: The Brooklyn Saints is currently streaming on Netflix. He also co-directed the premiere episode of Through Our Eyes (HBO), a four-part docu-series from Sesame Workshop that explores the lives of American families from the perspective of children; how they navigate their circumstances with their families and the world at large.

His most recently released project, ReOpening Night (HBO), is a feature film about The Public Theater’s staging of a beloved New York City institution, Shakespeare in the Park, following the COVID-19 pandemic.

Rudy is currently in production on the definitive feature documentary of the legendary musician, Carlos Santana as well as the Disney +’s CHOIR docu-series following the Detroit Youth Choir after their star turn on America’s Got Talent.

Additionally, his repertoire now extends into the scripted arena as he recently sold a genre TV Series to Amazon that is loosely based on his family and life experiences.

Both Rudy’s documentary and narrative work examine the intersection between humanity, hope, and society.