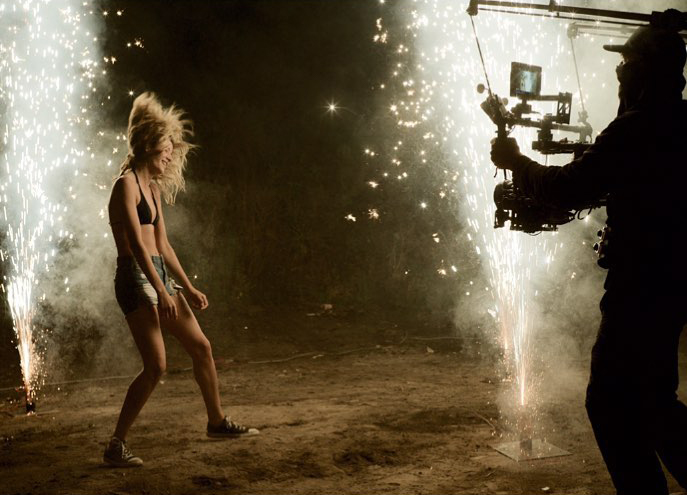 Christian Weber is an internationally exhibited filmmaker and photographer who is consistently recognized for challenging a conventional interpretation of beauty.

His films and photographs have won numerous awards, and have been featured in publications such as The New York Times Magazine, Interview, Harper’s Bazaar, New York Magazine, Newsweek, Esquire, Life, Spin, Variety, Details, GQ, and more.

His short films have been screened internationally with The Creators Project in Tokyo, The New York Fashion Film Festival in New York and Seoul, and a special screening of the short film “Man on Fire” at the Musee d’art Moderne in Luxembourg.

Weber’s work was most notably the recent subject of a monographic exhibition at the Southeastern Museum of Photography. He’s also participated in a host of other exhibitions at home and abroad, in shows organized by the likes of The Bruce High Quality Foundation and Wieden + Kennedy Amsterdam. 2015 saw a host of new solo projects, the first at Chicago’s Schneider Gallery, followed by others in New York, Germany, and Los Angeles.

Weber has also published several monographs. The first, “Blackline,” in 2009 featured haunting landscapes left in the wake of the Corral, Latigo, and Las Flores Canyon fires of October 2007. This was followed in 2011 and 2012 respectively by Weber’s “Selected Works” Volumes 1 and 2, monographic surveys of his diverse and recent output encompassing portraits, abstractions, landscapes and more. In 2014 he published “Explosions” with German publisher Kerber Verlag his first hardcover monograph in 5 years. This book narrows in on Weber’s recent “Explosion” works, gorgeous photos, with great detail of various pyrotechnic happenings, visually reminiscent of color field paintings in the vein of Jackson Pollock, Marc Rothko or Franz Kline.